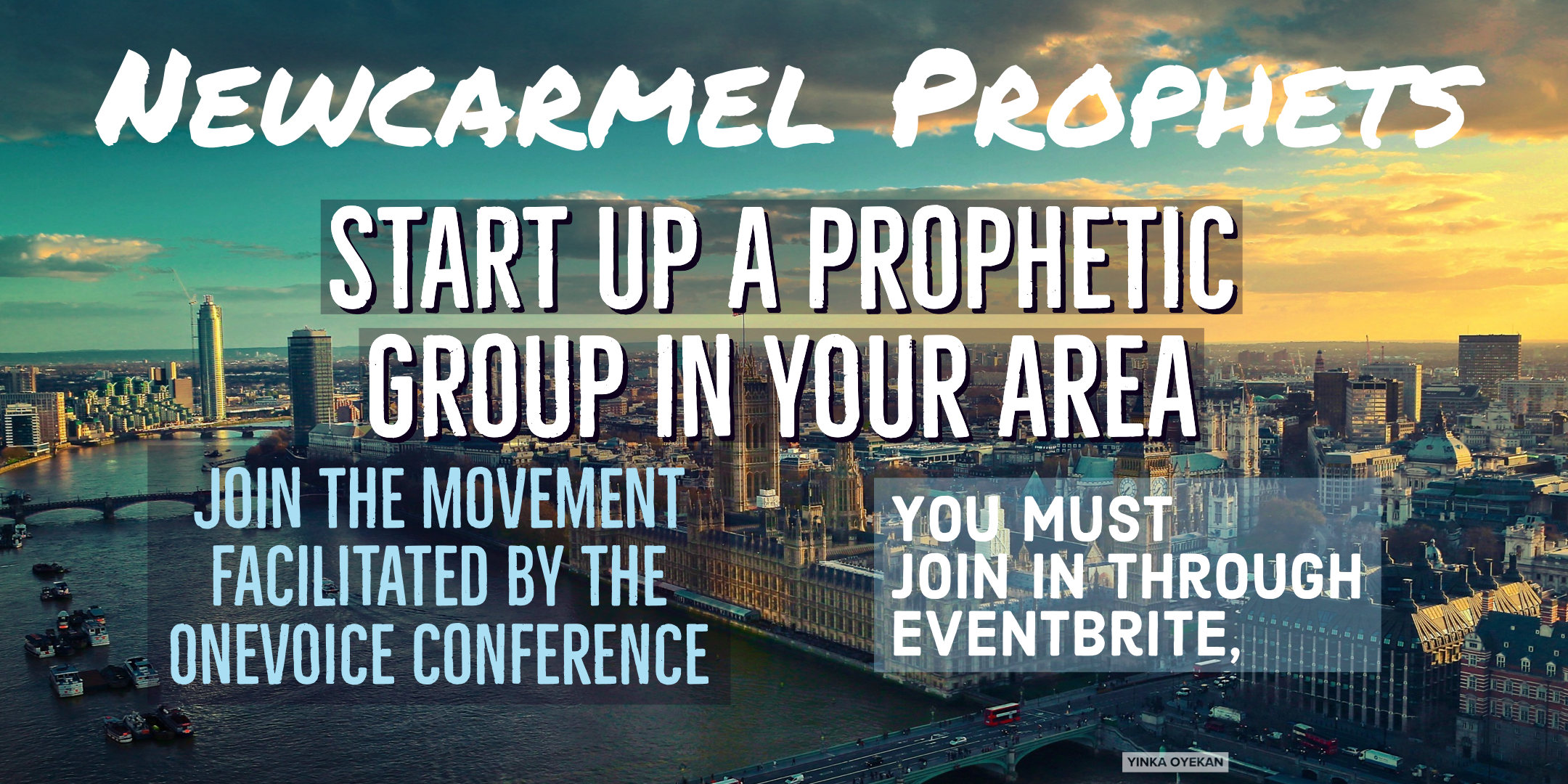 The One Voice Prophetic Conference held in Reading in February 2020 saw a gathering of prophetic people with a desire to hear from the Lord for the nation and deliver that word to those in authority.

Following on from the conference, God has opened doors for a summary of these prophetic words to be delivered to those who hold positions of power and authority in the UK.

From the conference has grown a vision for a network of prophetic hubs (now called New Carmel Prophetic Hubs) which facilitate the sharing of prophetic words from around the nation and for those words to reach those who carry authority in the nation, both in the church and in the world.

For more information email us at admin@newcarmelprophets.com